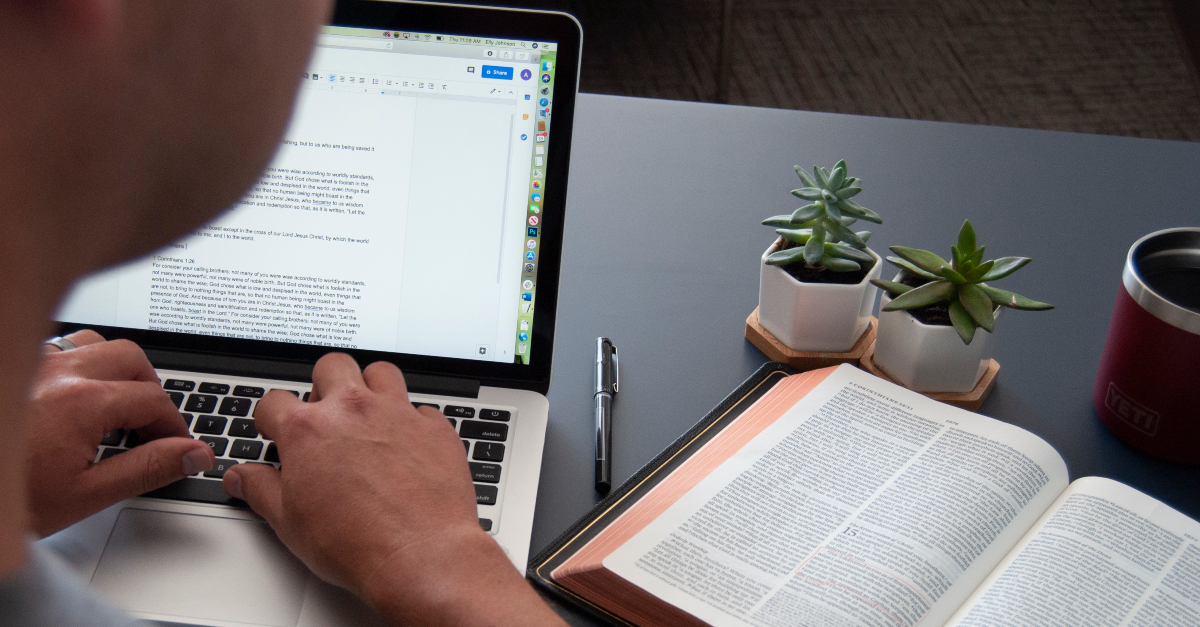 A few weeks ago, I started a new project that I’ve wanted to do for a long time—a periodic newsletter where I would write not to the general public but to whoever decided to sign up to have that conversation.

And then I was surprised by something that happened.

Even In Quarantine We Commune

After writing out my second newsletter (you can read today’s here), I added a few sentences to the top of the third edition about a text I had received that day from a friend, about all of this coronavirus sickness and death. About the uncertainties and tensions of quarantines. About the economic collapse all around.

He said, “I have to say I am mentally and physically exhausted.” I just noted that I am too. Now, keep in mind, I am an Enneagram Four/Myers-Briggs INFP/whatever you want to call this personality type, so I actually am loving working here in the Shire from my Hobbit Hole, surrounded by my family and my books, without catching a plane to yet another meeting.

So I can only imagine how exhausted my extraverted friends—the type who thinks no meeting is complete without an after-meting and a “late night” after-after-meeting (you know who you are).

But, even with all that, I am exhausted, not by what’s happening in here but by knowing what’s out there, in this groaning world right now. I wrote that it was starting to get to me, and so we should resolve not to give in to despair or to meanness but to pray for one another and pray for one another.

Here’s What Surprised Me

I heard immediately from people from all over who were saying, “I’m exhausted too” or “I’m scared” or, not a few of them, “I am freaking out.” And I realized then—this is kind of why I started writing this newsletter in the first place.

The newsletter is not, for me, an equivalent of a social media feed or what used to be blogs.

Instead, I realized that I think best by expressing “out loud” what I’m thinking or feeling or praying my way through. And that meant is was worth it to me to wrestle through whatever was working its way through my psyche by writing it down, posing questions to people out there like me, even if no one read the letter.

News ‘Letter’ as an Ongoing Conversation

For those reasons, this really isn’t a newsletter. I won’t be delivering news to you. I won’t be giving you my views on the news. This isn’t a press release or a statement on the “right Christian perspective on…” whatever’s being debated on Facebook right now.

Instead, the newsletter is meant to invite some folks in to talk to me when I’m still halfway or 2/3 of the way through the thinking process. It’s less “Here’s my position on fill in the blank” as much as it is “Here’s what I keep thinking about” or “Here’s how I feel about what I just read,” followed by “What do you think?”

And that means that this won’t be a project or a task for me. I will only write about what interests me at the moment. I’ve got sort of a weird assortment of interests. I might write about the already/not yet nature of the kingdom of God in Jeremiah at one point, and the relative merits of Tom T. Hall and Kris Kristofferson the next.

So far in the first three letters, I realize that I’ve written about such varied topics as these:

- Stephen King’s interactions with the Book of Job

- my sons’ graduation from high school

- the implications of coronavirus-canceled funerals

- Parks and Recreation vs. Arrested Development

So, Does It Also Seem To You?

Nobody will be interested in going with me through all the places I want to go, but, I am realizing, there are lots of my fellow misfits out there. And to you I want to say, “Am I crazy or does it seem like…?”).

If you’re the kind of person who enjoys reading dueling Twitter feeds or YouTube comments “owning” some group or other, this won’t be for you. And that’s okay. I’m supposed to love everybody, but that doesn’t mean I want to spend my evening doing that with you.

If that’s what you like, have at it. But that’s not what I do. I won’t be selling vitamin supplements or (God forbid) endorsing politicians or whatever.

So, if you’re interested in stuff like that, subscribe and tell folks that are also like us. Some people who read aren’t Christians (don’t be offended if I say “yet!”), and, of course, lots of us are.

An Invitation to Respond

And, as we go, I’d like to hear from you. There are a lot of signposts out there, pointing us in laughter and lament, joy and melancholy (and the joy of melancholy; you know me). Let’s help each other see them, and walk onward.

You can sign up here, and you can sample some past newsletters (Week 1, Week 2, Week 3). And, you can let me know what you’d like to converse about—questions or observations or inklings of things—by emailing me here.

This content first appeared on Crosswalk.com and is used here with permission. To view the original visit: https://www.crosswalk.com/blogs/russellmoore/meaningful-reasons-to-write-a-weekly-newsletter.html